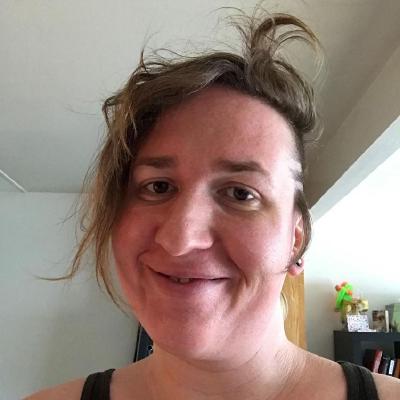 Over the course of the OpenAI Scholars Program, I became fascinated with Interpretability. Interpretability is like “mind reading” for neural networks. It’s about looking inside of networks to understand how they represent and process information. This is difficult because of how different deep learning is from traditional software engineering. In traditional software engineering, a human being writes software, and that software takes inputs and gives outputs. (If the software is a word processor, the inputs are keystrokes and clicks and the outputs are documents. If the software is a search engine, the inputs are search quesries and the outputs are links to webpages.) 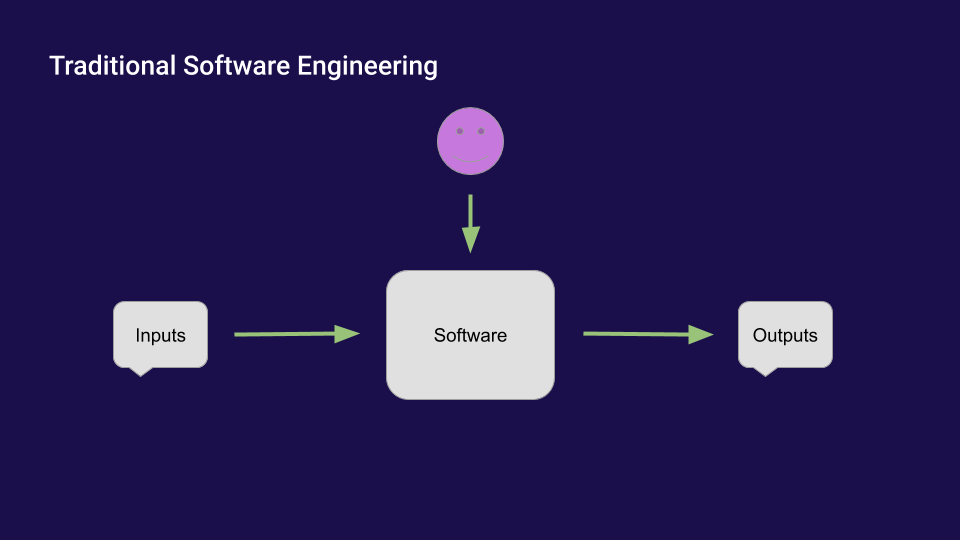 In deep learning, a human being creates math and feeds a bunch of training data through that math. Tthe data, the math, and the computer(s) create a piece of software, which takes inputs and outputs. The human being does not directly create the software and consequently does not plan how it will work and (most likely) does not even know how it works: 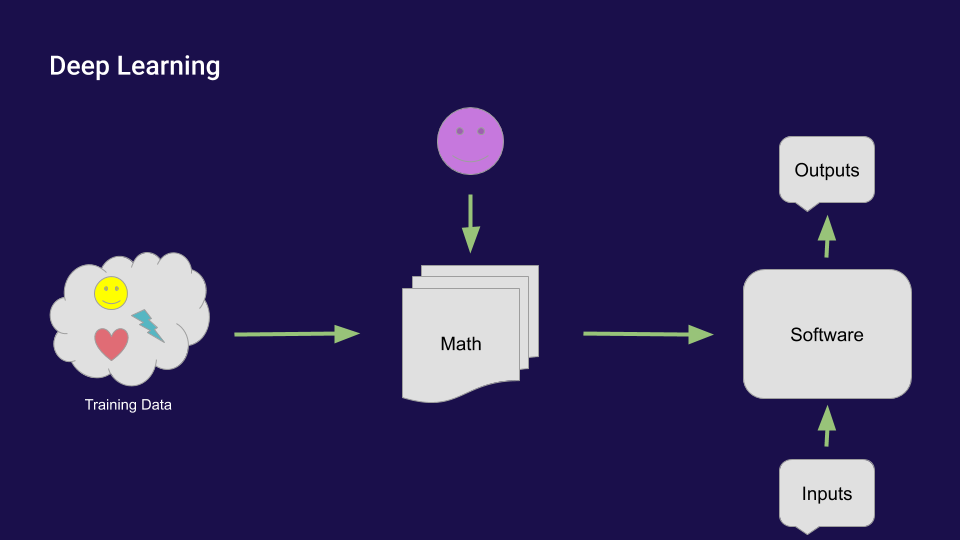 But it’s also extremely important to understand how AI systems in our lives work. These systems have a huge impact on our lives.

I’m particularly fascinated by transformer-based language models, so I decided to try my hand at interpreting GPT-2, a transformer-based language model which had state of the art performance when it was released by OpenAI in early 2019. As a tractable first project, I decided to look for how GPT-2 understands English grammar. For a lay-person friendly explanation of transformers, and GPT-2 in particular, I encourage you to watch the short talk I gave about this project, here:

For a deeper dive into transformers, I recommend The Illustrated Transformer.

I decided to look at GPT-2’s representations of simple part of speech, detailed part of speech, and syntactic dependencies. To accomplish this, I began by building three large datasets of sentences, one for each of these categories. First I started with the Corpus of Linguistic Acceptability, which is a widely known dataset that labels sentences as grammatically and incorrect. I dropped all of the grammatically incorrect sentences and kept only the grammatically correct ones. Then I tokenized these sentences using spaCy and the GPT-2 BPE tokenizer. I only kept sentences whose spaCy tokenization resulted in the same number of tokens as the GPT-2 tokenization. In other words, sentences that had a one-to-one correlation between words + punctuation marks and GPT-2 BPE tokens. Then, for each sentence, I labeled that sentence with the list of spaCy token.pos_ (simple part of speech), token.tag_(detailed part of speech), and token.dep_ (syntactic dependency) tags for each token in the sentence. For the final puctuation mark, I kept the punctuation intact. So here’s an example of how a sentence would get labeled for each dataset

Example sentence: “I enjoyed this project!”

Then I used openwebtext to download a few months worth of webtext websites. Then I extracted the sentences from those, and added each sentence to my datasets if and only if (1) the number of spaCy tokens in the sentence matched the number of GPT-2 tokens in the sentence, and (2) the label for that sentence matched a pre-existing label in that dataset for a grammatically correct sentence from CoLA. Finally I split each of my three datasets into train, validation and test sets and ended up with:

After building these three datasets, I replaced the language modeling linear layer on top of GPT-2 with three other, independent linear layers which output probilities of grammatical tokens like this:

I then froze GPT-2 and trained each of my grammatical classifier linear layers using cross-entropy loss. I recorded the loss after each epoch of training. In addition, I repeated this training process on top of each transfomer layer, as well as on top of the imput embedding (using no transformer layers of GPT-2). I looked at how slow/difficult it was to train these classifiers on each transformer layer and found that they trained the fastest and achieved the best loss on the middle layers of the network. Here’s what that looked like for syntactic dependency loss:

The horizontal axis here is epochs and the vertical axis is the number of transformer layers of GPT-2, from 0 transfomer layers (directly on top of the input embedding) to 12-transformer layers (all of gpt-2 small). The color goes from red (high loss), to green (low loss). The syntactic dependency classifier has a progressively easier and easier time classifying the incoming sentence as we increase through the first five transformer layers of GPT-2, until it got its best overall score (in the fewest epochs) at layer 5. Then at higher layers, it starts to have a harder time again.

When the classifier was trying to produce the grammatical structure of a likely output sentence, its loss was high in the first half of the network and only got better in the second half, with the best loss score coming at layer 8. This was convincing evidence that the first half of the network was, indeed, more focused on the grammar of the incoming tokens and the second half was more focused on the grammar of the outgoing (probable) tokens. In addition, this gave a small validation that the training results for my linear layer do serve as a viable measure of informational availability at each transfomer layer.

It’s also interesting (and makes sense) that the outgoing classifier scored a much higher loss than the incoming classifier. Since the network does not deterministically produce output tokens, and since future input tokens are not allowed to impact past output positions (by means of attention masking in GPT-2), this means that the output is more flexible and less precisely defined than the input. So it makes sense that it would be harder to definitively say that the output token will match the grammatical structures of the input sentences. This is all a long-winded way of saying that it’s harder to describe the future than the past, because the future is not precisely known the way the past is.

Since the loss can be (and almost certainly is) a non-linear function of these coefficients, though, the derivatives with respect to the coefficients are only local, linear approximations of the importance of the heads. So, I decided to compare the results of this strategy with the impact on the loss when I pruned each individual head (which gives a definitive measurement of that head’s importance). And sadly I found that the coefficient derivative strategy did not do as good of a job of reflectiing the results as pruning the heads did.

So, in the end, I just looked at the impact on the loss for each grammatical structure from pruning each head. And here are the impact maps for the top 30 syntactic dependency structures in my dataset: 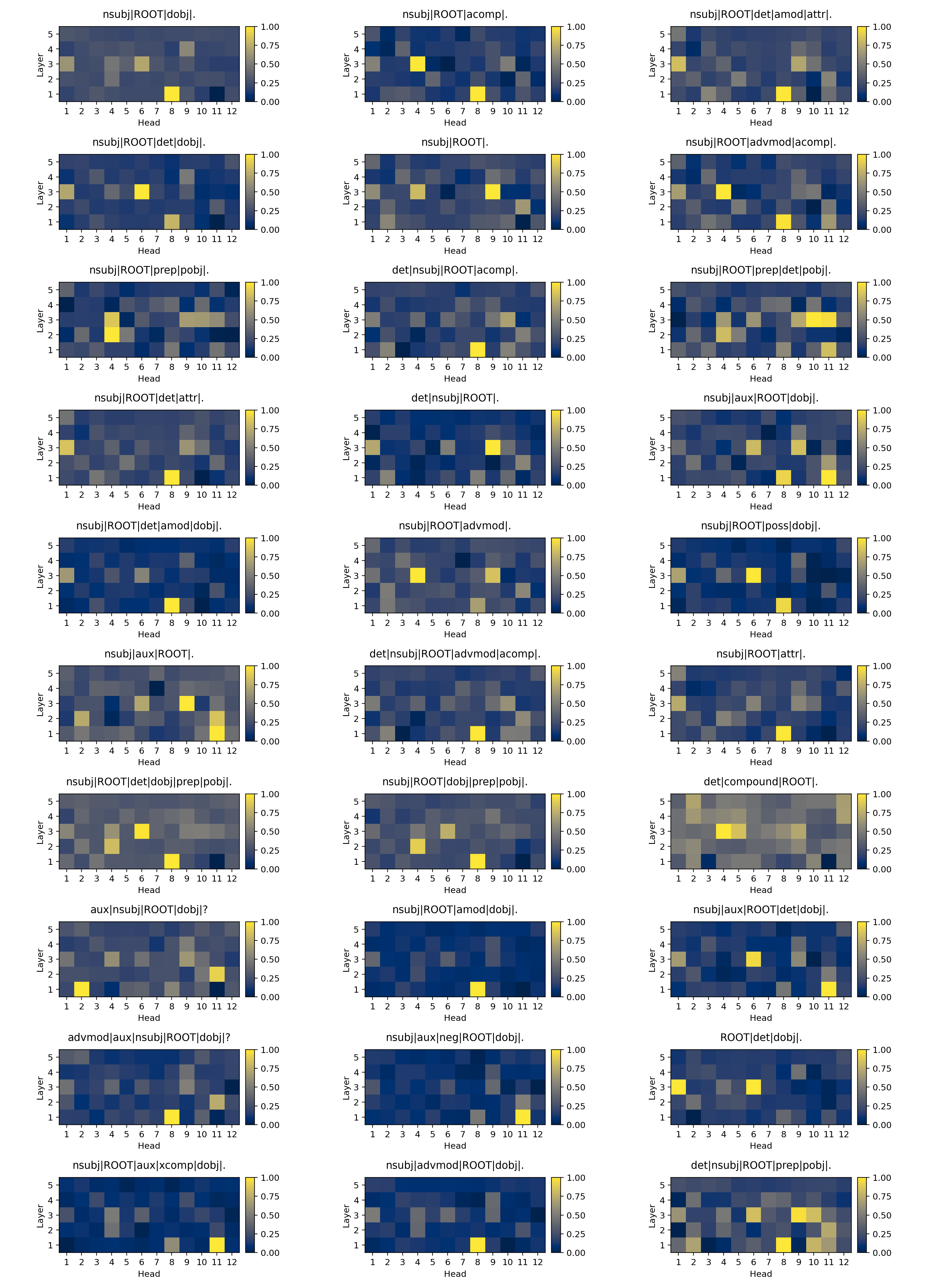 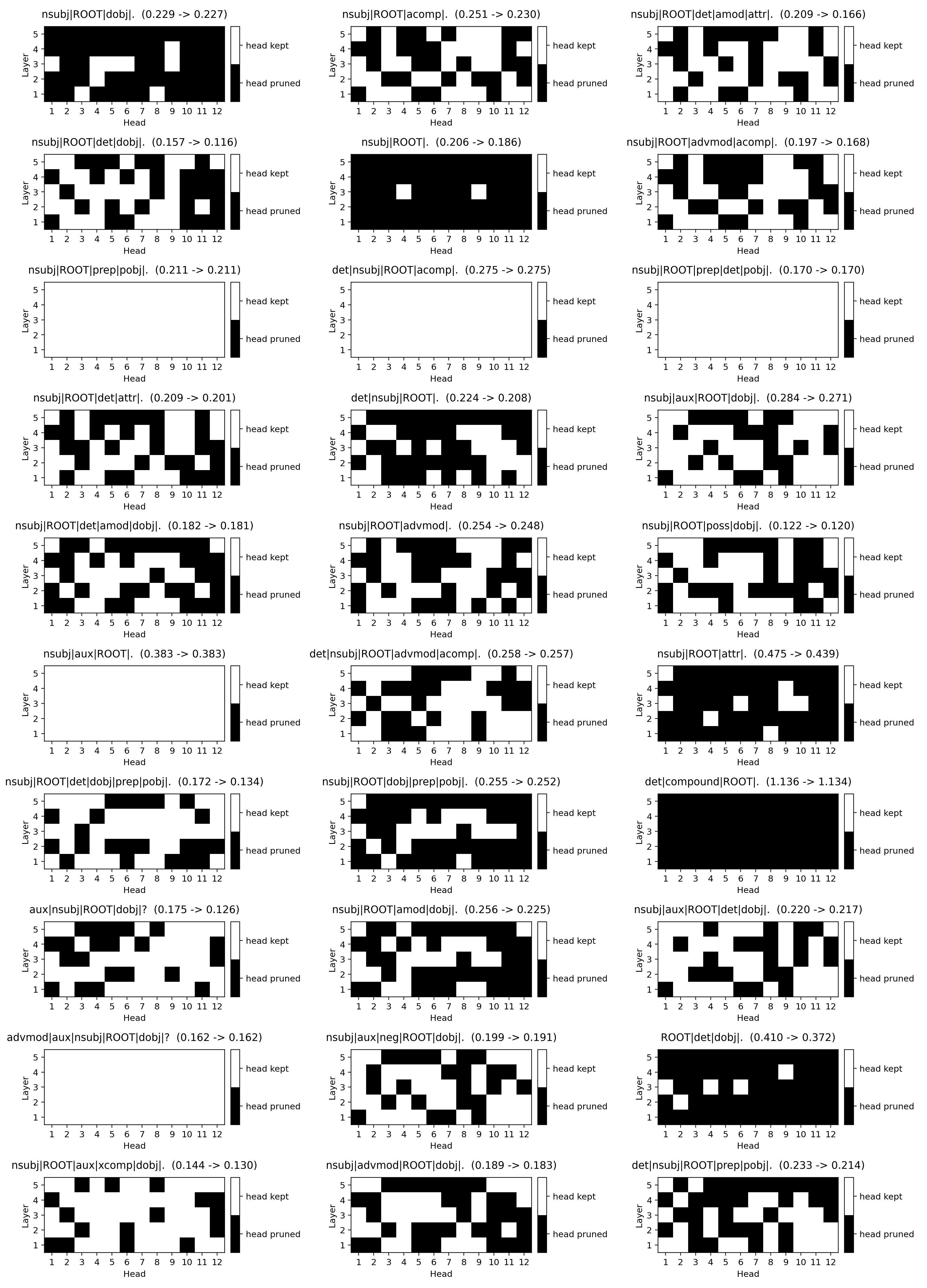 These masks seem extremely likely to give a map of which heads are involved in understanding each of these incoming syntactic dependency structures. We can see that similar structures require similar collections of heads, and that simpler grammatical structures require fewer heads than more complex grammatical stcutures. Finally, I looked for which heads have the most impact for structures containing each syntactic dependency label and I found that many labels seem to each be understood by a very small number heads: 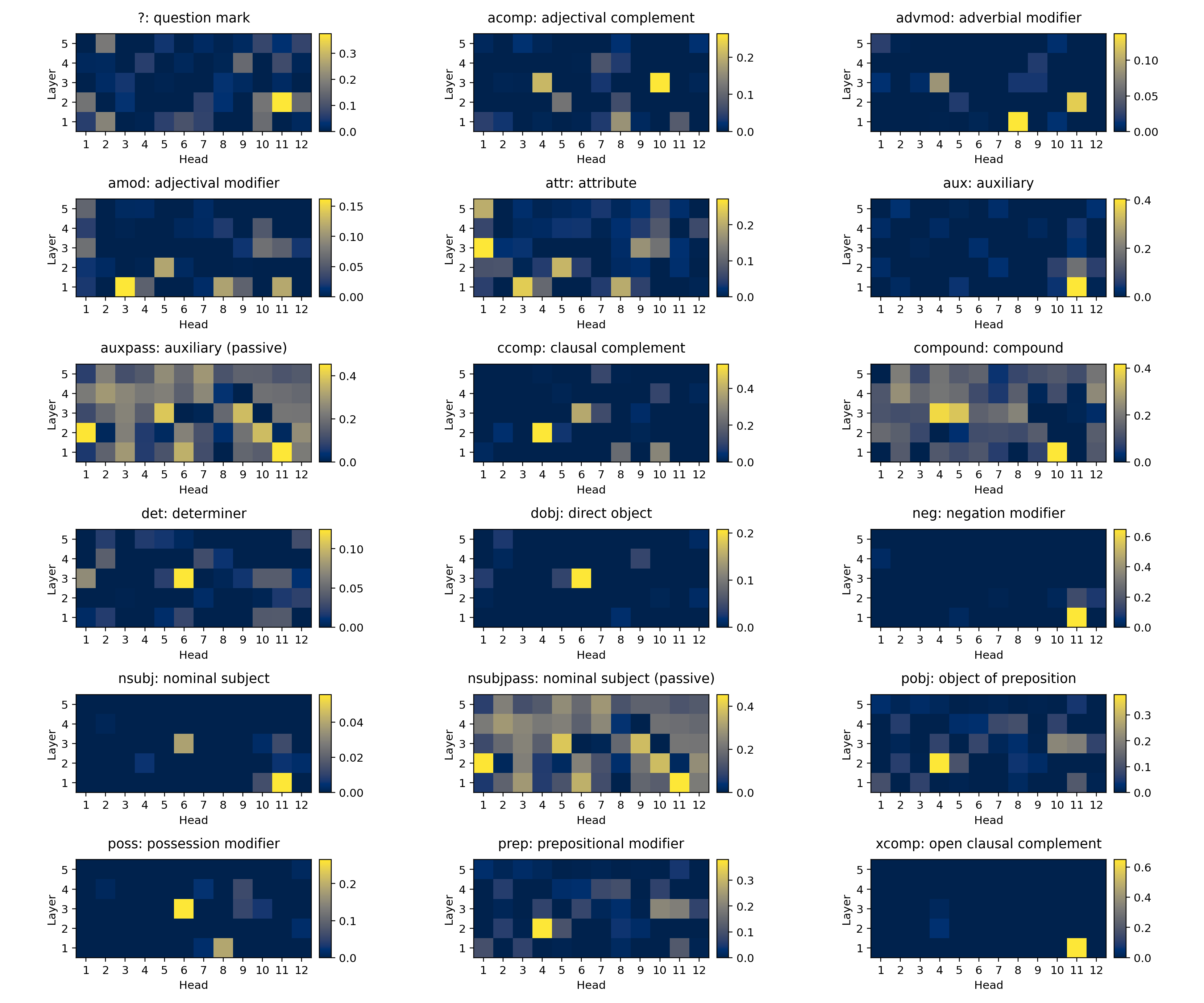 In the future, I would like to test whether the heads needed for an given sentence structure are the same as the union of the heads needed for the labels comprising that sentence structure. I would also like to open up the individual heads for each part of speech label and understand how the query, key, and value weights map clusters of tokens in the incoming from the embedding space to clusters in the much lower dimensional key/value spaces. I have a suspicion that tokens in the embedding space will cluster into parts of speech and that these cluster boundaries will be critical in the projections to lower dimension key/value spaces performed by grammatical heads.

You May Also Enjoy

2020 has turned out to be a completely outrageous year. Not at all what I expected when I joined OpenAI’s Scholars Program. All told, it’s been extremely hard to concentrate on my work with personal medical issues, and the world falling apart. While I wish so many of the things that happened this year hadn’t, I am grateful that racial inequality is getting such high profile, and desperately needed attention. And honestly, being distracted in my program is such a tiny price for me, as a white person to pay for the good that I hope may come out of this revolutionary time.

Deep learning requires special kinds of computer hardware. This is a post about what makes that hardware so different from the traditional computer architecture, and how to get access to the right kind of hardware for deep learning.

I’ve been excited about AI since I was about seven years old….